Index Investing for Art and Wine 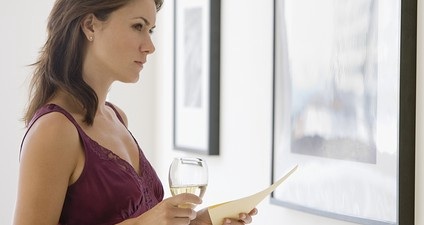 There’s more than one way to play the index game.

While investors have long followed indexes to monitor the stock, bond and other financial markets, there’s no reason the same approach can’t be applied to other items whose values fluctuate over time. Why not an index for rare stamps or fine wines? Or even celebrity autographs?

Such indexes do exist. And as the investment community increasingly looks to tangible assets consider the price of gold and silver in the past year it’s possible that alternative investment indexes could become increasingly important.

Skeptics note it can be difficult to compile indexes for investments that aren’t as widely or as formally traded as good old-fashioned equities. Also, these indexes aren’t intended for purchase, like index funds are. A share of stock is a share of stock, but a rare stamp can vary greatly in value depending on its condition. For these reasons, “it is difficult to use that [index pricing] data in a meaningful way,” says John Tucker, managing director of State Street Global Advisors, a Boston-based investment consultant.

Here’s a brief survey of some key alternative indexes.

The story behind it: Launched in 2004 by London-based collectibles dealer Stanley Gibbons Investments, the index tracks the 30 most-sought-after rare stamps from Britain (starting in value at about $33,000) on an annual basis. (The index was backdated to 1998 to give investors a longer-term perspective.) Its composition changes slightly each year, based on what is most in demand. “It’s a rolling top 30,” says Keith Heddle, a Stanley Gibbons spokesman. Values of stamps in the index are set by the prices they bring at auction and in private sales, plus opinions from philatelic experts. Stanley Gibbons also maintains a Commonwealth Rarities Index, tracking stamps from throughout the British Commonwealth.

The story behind it: The brainchild of Liv-ex Ltd., a 12-year-old British-based wine-trading platform that links global buyers and sellers, the index was introduced in 2003 (and backdated to 2001). It tracks 100 of the world’s most highly prized wines, with the vast majority coming from France’s Bordeaux region. The selection of wines is reviewed quarterly. But according to spokesman Jack Hibberd, changes only occur once or twice a year, mostly “to replace older vintages that are seeing reduced liquidity in the marketplace with the latest releases.” Values are determined monthly by analyzing the bid and offer prices for wines on Liv-ex’s trading platform. Also of note: The Liv-ex Fine Wine 50. “It is the first [wine] index we have that is calculated on a daily basis,” says Mr. Hibberd.

The story behind it: A division of Stanley Gibbons, Fraser’s specializes in all things signed, and its 100 index, created in 1997, tracks the valuation of just that: 100 autographed items, signed by prominent individuals (actors, athletes, politicians, you name it). The index is calculated annually using a similar methodology as the stamps index. But the names on the autographs index don’t change from year to year. Individual autographs are currently valued starting at around $480 apiece Al Pacino and Robert De Niro share the bottom rank.

Key item: A photo signed by all of The Beatles is currently valued at $40,000. A Ringo Starr autograph is valued at around $1,400.

The story behind it: Created in 1991 (and backdated to 1975), the index measures the value of paintings by prominent artists from the past century, or so, based on what’s sold each month at leading auction houses. The index, from Art Market Research, a London-based firm headed by investment analyst Robin Duthy, is available only through subscriptions, which start at $5,000 a year. Subscribers can customize their own Art 100 index with factors such as which prices should be considered (median or top 25%?) and whether they want to take inflation into account. The painters represented in the Art 100 big names such as Renoir, Matisse and Warhol remain fixed. Art Market Research maintains indices for more than 350 art sectors, from Chinese ceramics to American photography.