What If Your Prized Painting Turns Out to Be Nazi Loot? The Niche Market for Art Title Insurance 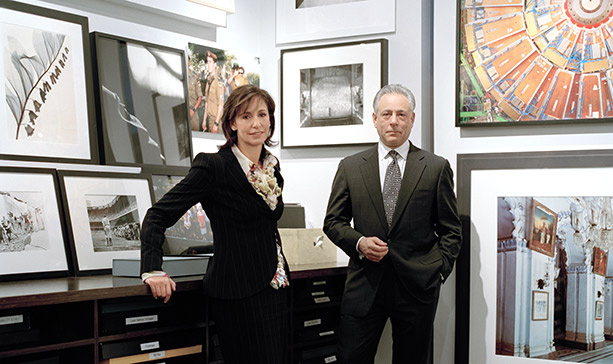 Can insurance be sexy? Maybe in the art world.

In 2007, FBI agents showed up at the office of film director (and celebrity art collector) Steven Spielberg to reclaim a Norman Rockwell painting, “Russian Schoolroom,” that was hanging on the wall. While Spielberg had purchased the work legally, it turns out that it had been stolen from a St. Louis art gallery in 1973 and he did not have clear title to it.

The unregulated nature of the art market makes it easy to run up against legal troubles, especially with works valued in the six- and seven-figures. As with the Spielberg case, scandals in the art market often arise from questions of ownership: Think of the endless chain of Nazi restitution claims. This is where art title insurance — a niche but growing market — enters the picture.

For a long time, collectors had little in the way of assurance that they were protected from claims against an artwork’s ownership, other than careful due diligence before a purchase. But a small company called ARIS changed that in 2006 when it took a concept from the world of real estate and added a twist, applying it to works of art. As art prices continue to rise through the roof, title insurance has become an increasingly popular way of assuring that art ownership can be protected, whether from decades-old Nazi theft claims (attention-grabbing, but relatively rare) or a lien on a painting once shared with an ex-spouse because they haven’t paid their taxes (less sexy, but more common).

For a premium of between one and five percent (or higher, especially for works that are at risk for a Nazi-related restitution claim) of the value of the work, ARIS will cover legal costs if a title dispute occurs and reimburse the client for the value of the work if they lose ownership. Policies are not cheap, in absolute terms, but represent only a fraction of other fees associated with art purchases, such as property insurance, shipping, and the hefty 12-25 percent buyer’s premiums charged by auction houses.

While this type of insurance is on the rise with collectors across the board, it has especially caught on with those who operate in the art lending sphere, according to Stephen Brodie, a partner at law firm Herrick Feinstein, which does a lot of work in the realm of art lending. Where finance goes, insurance follows. Brodie is a fan of title insurance, having spent most of his career in real estate law, where insuring title is commonplace even though ownership is a matter of public record. “There can be a lot of questions about the change of title for a work of art. Often they are very old, and there is no public record of who owns a particular piece the way there is with real estate, for example,” he said.

He also notes that insuring the title doesn’t protect against everything, but “puts a floor under the degrees of a problem.” That soothes lenders, who many times are giving money against collections valued in the tens of millions of dollars, and don’t want to risk their money if there is any question in terms of ownership or authenticity.

But unlike real estate, where there can be no question of where the land came from, art title insurance can only protect a collector against claims of ownership, it cannot protect against claims of authenticity. “With art, if something turns out to be school of Rembrandt instead of Rembrandt, it has a very different value,” noted Brodie — no type of insurance can protect against such catastrophe.

Shelley Fischer, a former senior vice president of lending at Sotheby’s Financial Services, is somewhat skeptical, though not dismissive, of title insurance — mostly because of its novelty. “I just don’t know,” she said of its utility in practice, noting that it has never been challenged in court. She is correct in that there haven’t been any highly public cases involving a claim against (insured) art title to test the response of both the legal system and the insurance company. But, she added, “For newbies in the art market place, maybe it offers them a measure of comfort.”

ARIS said in an email to ARTINFO that it has had recent claims, one including a major U.S. museum that it settled to the satisfaction of both the insurance company and the institution. The company also professes to protect collectors against claims before a purchase is even made if it uncovers something suspicious in doing research before issuing a policy — a service that could be just as valuable as the insurance itself, especially as new buyers enter the art market in hopes of diversifying their portfolio, rather than approaching collecting from the point of view of the passionate long-term hobbyist.

So, what’s the verdict? At the end of the day, title insurance is an expensive form of risk management for wealthy collectors (and investors) who don’t want to spend exorbitant amounts of time performing due diligence on highly valued works of art. And as sad as it is, that’s an increasing portion of the art market these days.