Will Artspace Be the Art World’s Amazon.com? 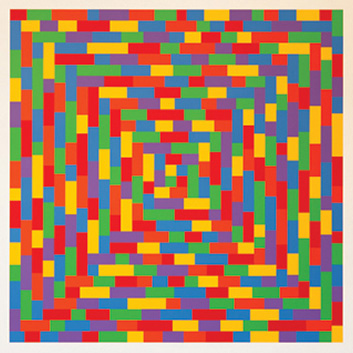 Fine art is an $80 billion global market and the co-founders of Artspace.com think an online marketplace can grab $10 billion to $15 billion of that total.

“We’re building a marketplace for fine art that we source from the world’s leading galleries, cultural institutions and museums worldwide and make those accessible to a broader global audience,” co-founder Christopher Vroom told CNBC’s “Squawk on the Street” this week.

But Artspace doesn’t only cater to the wealthy.

“We’re trying to make works really accessibly priced for people,” co-founder Catherine Levene said, “and if they want to move up the ladder, we’re offering those pieces as well.”

Artspace sells art from well-known, established artists like Sol Lewitt and Robert Rauschenberg, but it is also a place to find emerging artists that Levene said are going to be the next emerging stars.

“We’re still in the early stages of the Internet transformation, so today, we’re partnering with galleries, cultural institutions, museums all around the world,” Vroom, a former Internet analyst at CSFB, said. “They have fantastic works they need to expose, so we are partners with the galleries and across the entire ecosystem we’re bringing them all together in one platform.”

As an investment, Vroom said the contemporary art market and the fine art market more broadly have been an extraordinary place to put money over the past decade. The $1 billion in contemporary art sold at auction last week at Sotheby’s [BID 28.95 0.12 (+0.42%) ] and Christies lifts the value of other works, Vroom noted, “and that creates an opportunity for everyone to come to Artspace to find works that are accessibly priced.”

Artspace is continuing to invest to build its business for the future.

“We think this is a $10 billion business so we’ve generated terrific traction for really an early stage business model,” Vroom said. “It’s clear that there’s huge value that we convey to the galleries, museums, cultural institutions. And for the 25 million households in America that buy art every year, we offer them the choice that really doesn’t exist anywhere else.”