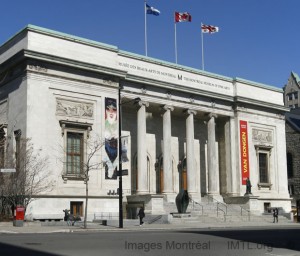 MONTREAL — Two archaeological pieces worth hundreds of thousands of dollars have been stolen from the Montreal Museum of Fine Arts.

A Persian bas-relief and a marble head dating from the Roman Empire were taken from the Mediterranean archeological exhibit room on the first floor of the Hornstein Pavilion during opening hours around Oct. 26, officials said. The theft was not made public until now so as not to compromise the investigation.

All Montreal police would say Tuesday is that the investigation is active and ongoing.

One suspect, said to be in his 30s and about five-foot-seven, can be seen in surveillance video made public earlier this week.

The Persian piece is worth “hundreds of thousands of dollars,” and the second piece, “tens of thousands,” according to specialized fine-art loss adjuster Mark Dalrymple of Tyler & Co., a company representing AXA Art, an international insurance company that is insuring the items for the Montreal museum.

Danielle Champagne, a spokeswoman for the MMFA, said security has been tightened in some areas of the museum since the theft.

The insurance company is offering a “substantial” reward for the return of the objects and a $10,000 reward for anyone who can identify the individual caught on video.

Re-posted from The Montreal Gazette.