Has the biggest art heist in US history been solved? 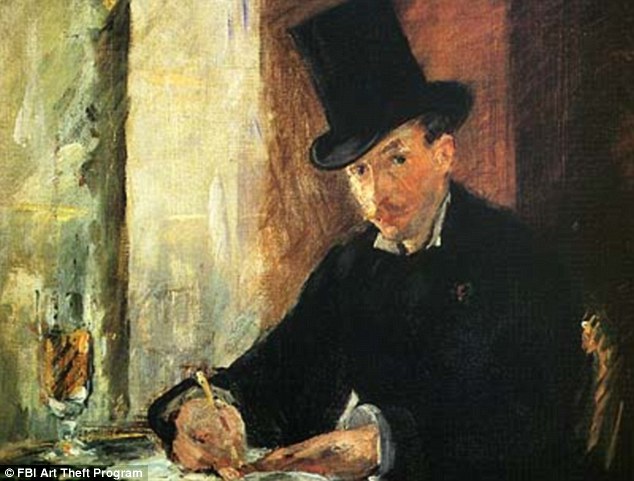 The FBI believes it knows the identities of the thieves who stole art valued at up to $500 million from Boston’s Isabella Stewart Gardner Museum in 1990 they announced today in a stunning new development in the greatest art heist in modern history.

Richard DesLauriers, the FBI’s special agent in charge in Boston, said the thieves belong to a criminal organization based in New England, though did not offer any names.

He added that authorities believe the art was taken to Connecticut and the Philadelphia region in the years after the theft, and offered for sale in Philadelphia about a decade ago.

During the infamous heist, rare works from masters such as Rembrant, Degas, and Vermeer were stolen, sometimes cut from their frames.

While the FBI has had several promising leads in the 23 years following the heist, no one was ever charged with stealing the works.

According to an FBI release sent out today, investigators believe that the original thieves transported the stolen art to parts of Connecticut and Philadelphia.

‘Some of the art was taken to Philadelphia, where it was offered for sale by those responsible for the theft,’ DesLauriers said in a statement.

‘With that same confidence, we have identified the thieves, who are members of a criminal organization with a base in the Mid-Atlantic states and New England.’

The FBI said that following an attempted sale of one of the works more than a decade ago, they could only piece together small bits of information on the whereabouts of the masterpieces – and the thieves.

Because of the high-profile nature of the case, the government agency released as much information about the heist as they could, in hopes that someone would flag a suspicious art purchase.

They also continue to highlight the $5 million, no-questions-asked reward.

Anthony Amore, who is the Gardner museum’s chief of security, said that anyone could claim the reward, even if they did not have the paintings. ‘We hope that through this media campaign, people will see how earnest we are in our attempts to pay this reward and make our institution whole,’ he said in a statement.

When the thieves, disguised as two security officers, sneaked into the Boston institution, they cut some of the works of art right out of the frames.
The empty frames continue to be hung in the museum as a constant physical reminder of the heist and the missing masterpieces.

The thieves, once publically identified, will be prosecuted by a special FBI department, the Art Crime Team, which is comprised of 14 special agents.

The team of agents, along with trial lawyers, investigates art theft, fraud, and lootings in both national and international scope.

Image above: Chez Tortoni, painted by Manet, shows a man wearing a top hat at a jaunty angle; it was one of the last paintings to be stolen from the museum.