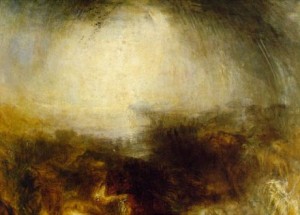 When works of art are lent by Europe’s leading museums, the cost of buying commercial insurance can swallow as much as 15% of the borrower’s exhibition budget, research by an expert working group, funded by the European Commission, has revealed.

Lending institutions frequently “over-evaluate risks, which in turn leads to high insurance premiums”, said Frank Bergevoet, a member of the working group and co-ordinator for Collections Mobility 2.0, the European-funded project to reduce the financial and administrative obstacles to lending. “Museums insist on cover against risks of damage or loss that they do not have when the works of art hang on their own walls,” he added. Even when countries have a state indemnity scheme, a form of self-insurance whereby a government supports loan exhibitions by taking on part of the risk from the borrowing institutions, lenders often require additional commercial insurance.

The researchers discovered only seven reported claims out of 5,605 loans covered by state indemnity schemes from 2003-08. Damage was minor and the total compensation paid was a mere €80,000.

Bergevoet praised Amster­dam’s Rijksmuseum and the Royal Fine Arts Museum, Antwerp, which agreed that 33 paintings lent by the Dutch museum from 2004-07 would only be insured when being moved. Paul Huvenne, the director of the Antwerp museum, explained: “We were able to reduce the insurance costs considerably.”

Another member of the working group, Susanna Pettersson, the director of the Alvar Aalto Museum, Finland, and formerly head of development at the Finnish National Gallery, said that museum professionals need to “loosen up a little bit” and reassess the risks involved and how they spend their limited resources.

Nick Brett, the underwriting director of Axa Art Insurance, welcomed the way museums were reassessing the risks of lending, but struck a note of caution: “What if country X lends to country Y and there is a fire? With a commercial policy you know what the deal is.” Furthermore, if a work is stolen, he said, insurance companies never give up seeking their recovery.

Sandy Nairne, the director of London’s National Portrait Gallery, said the low number of claims is a huge “tick” for museum security and their standards of care but as a director he had to “try to balance different kinds of risk”. Paintings do get stolen, he said, recalling the two Turners lent by the Tate to a show in Frankfurt in 1994. “Without insurance the Tate would have had no money, nor the paintings.” A training event on lending is due to be held next month at the Budapest Museum of Fine Arts, a final part of the current phase in the ongoing collections mobility project.